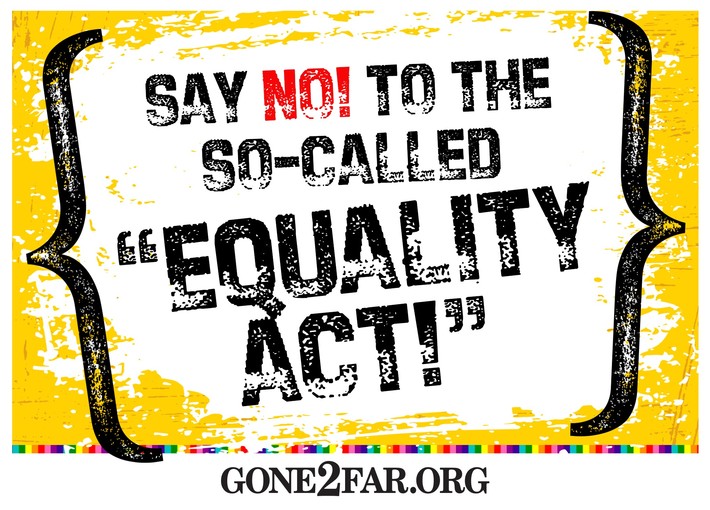 WASHINGTON, February 25, 2021 (LifeSiteNews) — The U.S. House of Representatives voted 224 to 206 today to pass the “Equality Act,” which would write transgenderism into federal civil rights law, compel medical professionals to commit abortions and transgender surgeries, and expand taxpayer-funded abortion on demand.

“On occasion, Congressional leaders will purposely misname a piece of legislation to disguise its true intention. The Equality Act is the epitome of this misrepresentation,” said Rep. Vicky Hartzler (R-MO), who voted against the bill. “Should this bill become law, the wellbeing of our children, the role of parents, the privacy and safety of vulnerable women, the competitive edge of female athletes, the livelihoods of charities and businesses, and the integrity of our healthcare system will all be jeopardized. And that is just the tip of the iceberg.”

The so-called 'Equality Act' is one of the MOST EXTREME anti-life, pro-LGBT indoctrination bills ever proposed. [Read more about the bill, below.]

If passed, conscientious objection to abortion (performing and funding) could be punished, boys will be able to shower in girls' locker rooms, church schools could be forced to allow homosexual teachers, pastors may be forced to perform gay “marriage” ceremonies, and the list goes on.

It literally contains deadly poison for conservatives and Christians in the United States. And, its harmless-sounding name tries to hide this insidious reality.

As a freedom-loving American, could we ask you to heed this urgent call to CONTACT your U.S. Representative and Senators between now and next week?

So, we need to act quickly.

It may be the last opportunity we have to voice our shared opposition to this morally and socially repugnant bill.

You can contact your U.S. Congressmen in one easy step using one simple contact form that LifeSite is making available, here. It is called Voter Voice and it will automatically match you to your representatives' email and Twitter accounts.

With one click, your message is sent directly to your representative(s), without having to look up any of their contact details. Additionally you will have the option to call their office.

And, the message, which calls on our congressmen to oppose this bill, is already written for you (you can edit it, of course), and all you have to do is press 'SEND'!

The bill has nothing to do with "equality," or with extending the 1964 Civil Rights Act, which is how it is being touted by the leftists in the mainstream media.

To the contrary, it has been described as a short-list of the worst possible elements of the Radical Left's agenda in Congress.

We need to tell our Congressmen that WE WILL NOT ACCEPT this outrageous attack on our freedoms and on life, itself!

It couldn't be more simple. Just fill in your details and contact your state's U.S. Representatives and Senators with this urgent message. Thank you!